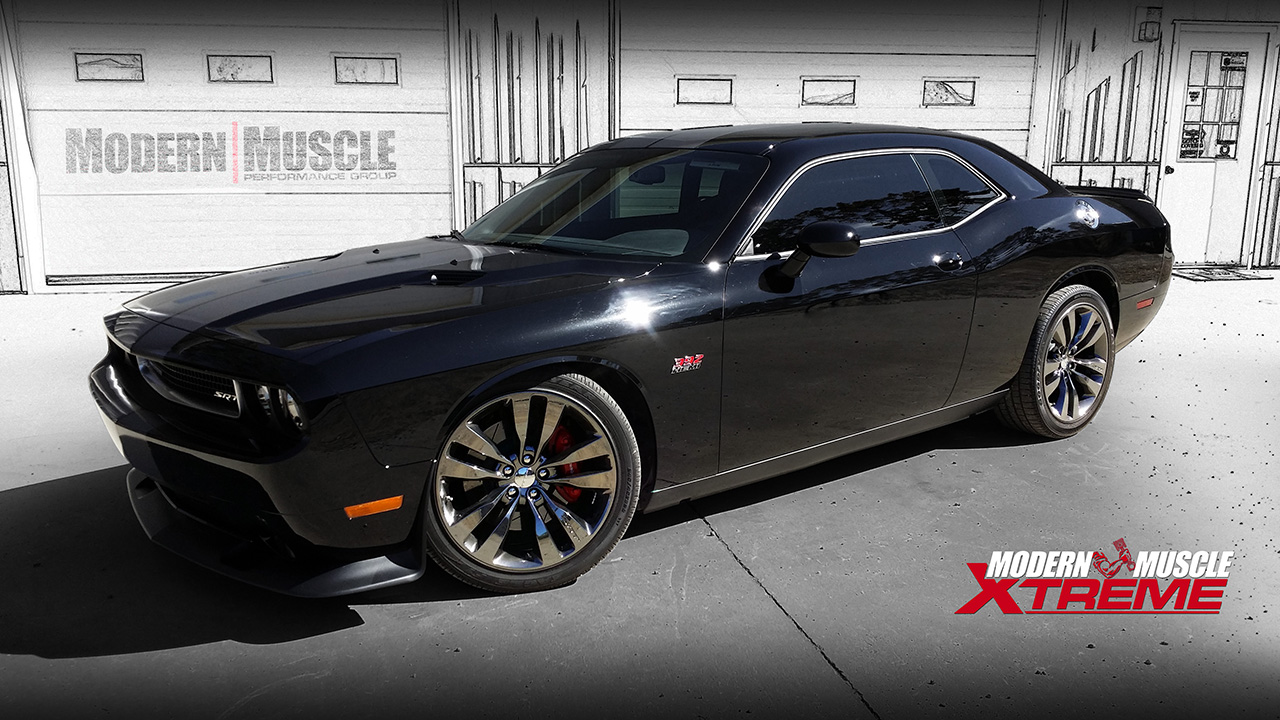 There just aren't many performance upgrades as exciting as supercharging. Especially if the hotrod being supercharged is a 392 HEMI Challenger. Hunter knew exactly what he wanted when he came to us, and knew that Modern Muscle Performance / ModernMuscleXtreme.com was the only place to get this new Procharger P1 installed and tuned. Now this 2013 black Challenger is really turning out some nice numbers at the rear wheels. At 702RWHP and 611FTLBS of torque, Hunter's Challenger is a whole new animal!
This 2013 Dodge Challenger Features the Following Modern Muscle Upgrades: 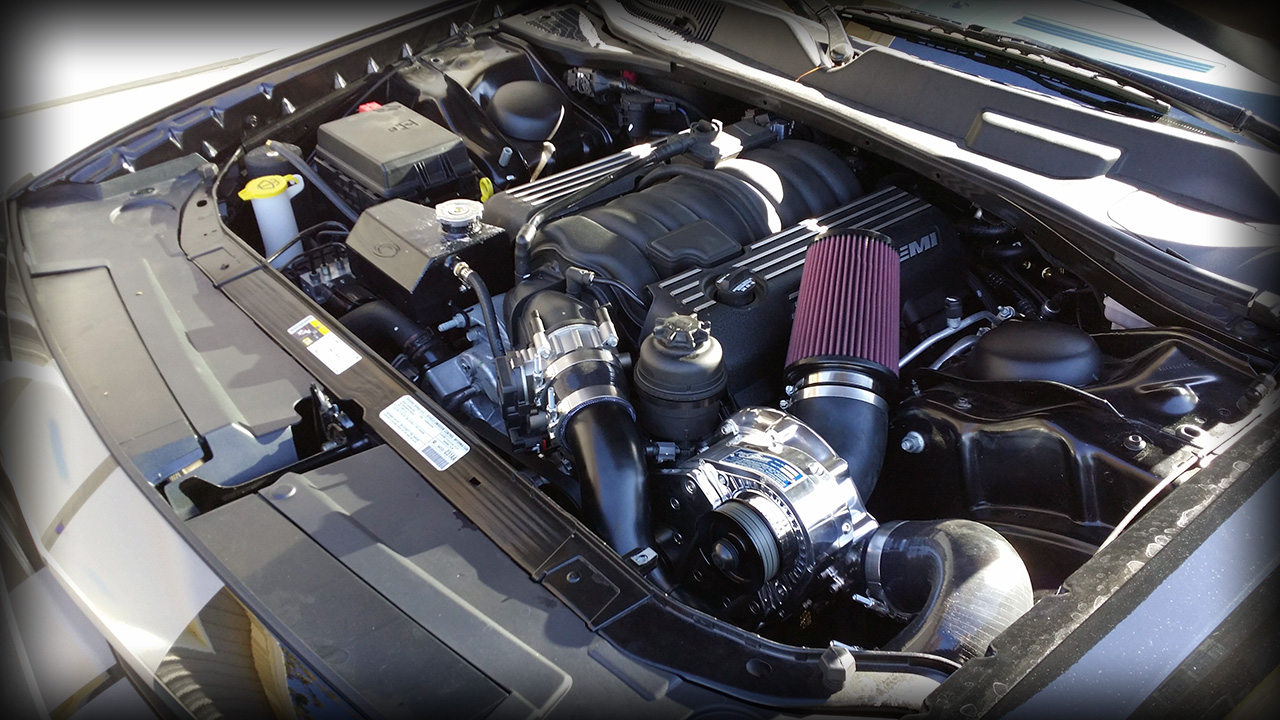