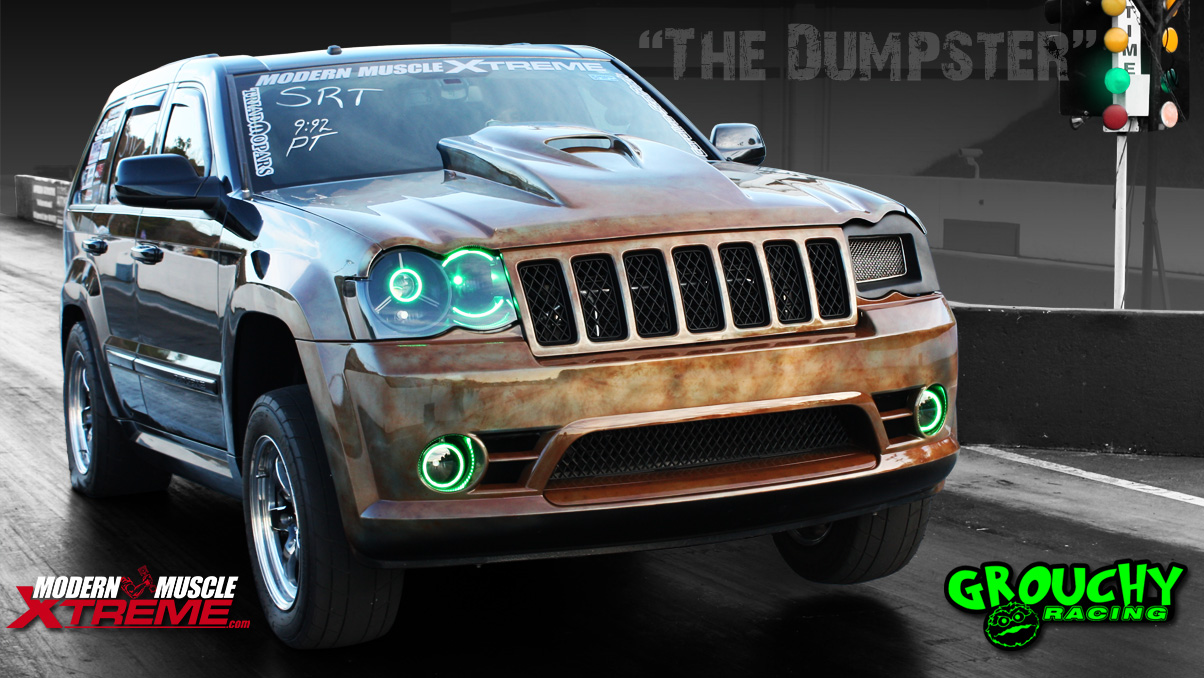 Pete brought his stock 6.1 HEMI powered Jeep SRT8 to Modern Muscle Performance in early 2015. Having started down the path that most MOPAR hotrod owners are all too familiar with, Pete began with a small horsepower upgrade here and there. Here we are now nearing the end of 2016 with a complete HEMI swap, custom 8 rib supercharger pulley system, and many other front wheel lifting upgrades.

“The Dumpster” is considered to be the final form of this 2008 Jeep SRT8. Sporting a 392 HEMI crate engine coupled with forged pistons and rods all provided by Modern Muscle Performance including a custom grind camshaft and a Whipple 2.9L supercharger pushing 20+ lbs of boost this monster is seeing over 900 horsepower at all four wheels. To get that kind of power to the black top some considerable changes had to be made to the drive train of the vehicle including a beefed up transfer case built by Paramount Performance as well as their NAG1 Super Pro automotive transmission capable of supporting up to 1350HP.

From the custom fabricated air intake, the Western Differential Dana 60 in the rear, to the Cryogenic intercooler spray kit Modern Muscle Performance and Mr. Ostman are pushing the envelope of what a full weight Jeep can do in the ¼ mile. All this while still maintaining the full functionality of a daily driver. So don’t be surprised to see this 9 second monster drive up to your local MOPAR car show to throw down the gauntlet! 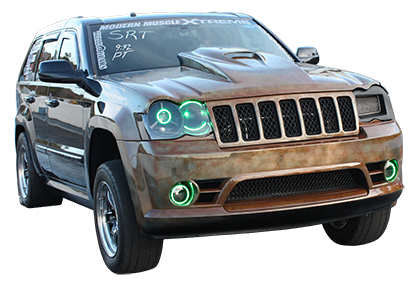 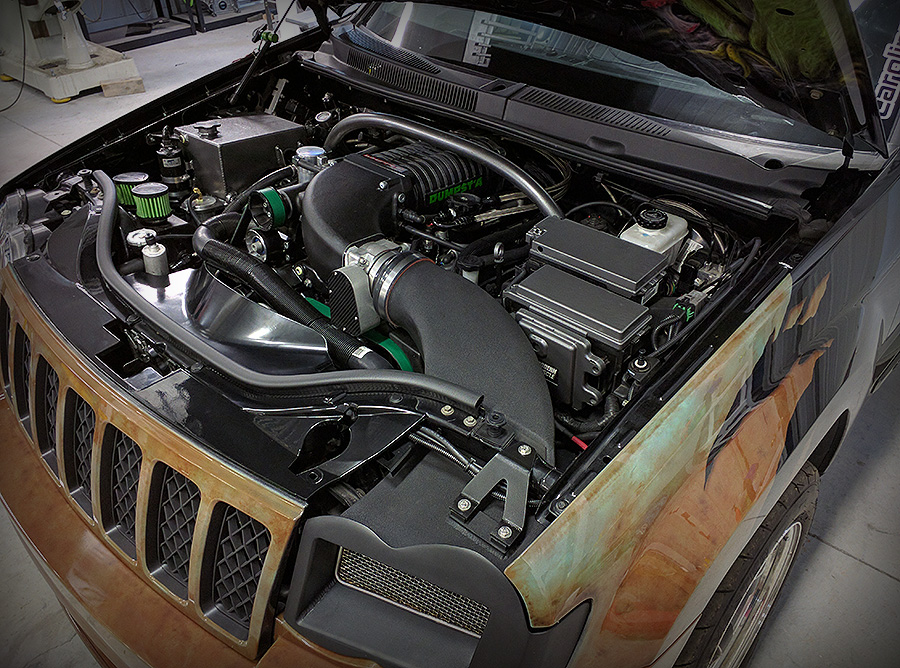